Knowing the One True God

(Edited from the translation) 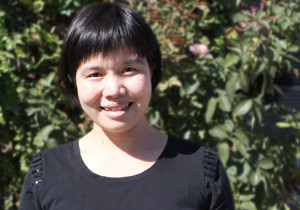 The Tragic Outcome of Superstition

I grew up in a family that was very superstitious to the point where mom and grandma lost their judgment and common sense. When we were young and got sick, we sought the healing powers of the village sorcerer instead of doctors. One time, I came down with a fever and the sorcerer just closed his eyes and rubbed my thigh while performing his sorcery. I was very uncomfortable and strongly objected to it, but my mom did not understand nor protect me. From that point on, I doubted and resisted those sorcerers who called themselves “Agents of God” even though the adults reprimanded me.

Then, a tragedy almost too painful to recall occurred when I was in middle school. One evening, I was at my grandma’s house when my uncle’s infant son started crying hysterically while sweat dripped from his forehead. I told my grandma to take the baby to the doctor, but she refused and waited for the sorceress. When the sorceress came, she rubbed something on the baby’s temple and said, “Don’t worry. He’s fine. I’ve healed numerous little ones like him before. He’ll be fine tomorrow. I promise.” In the middle of the night, the baby’s condition seemed worse. The sorceress repeated her enchantments and finally declared, “Don’t cry anymore. The baby was not destined to be in this household.” My aunt insisted that the sorceress keep trying as the baby still showed signs of breath. I urged them again to take the baby to the doctor, but the sorceress insisted that the baby was dead. She wrapped the baby up in a blanket and some hay, then asked my other uncle to take the baby up the hill to bury him. I witnessed a vibrant baby’s life extinguished in one night. My dislike of superstition now turned into hatred. From then on, I hated anything to do with gods or superstition. I didn’t believe in anything anymore, except myself.

Experiencing the One True God

When I first came to church, I was just a curious observer. When I first sang praise songs, I was so touched that I wanted to cry. As I continued to come and observe, my fear of being hurt by a belief went away. Brothers and sisters were kind and sincere. It felt like a family. Through their help, I tried to open my heart, but I was still hesitant. Due to my childhood experiences, I just kept observing, comparing, and struggling. I knew that accepting Jesus could bring joy and peace, but memories of superstitious practice came back. That kept me from taking that step of faith.

I was greatly troubled and shared this with a sister. She suggested that I talk to my Sunday School teacher or the pastor and ask them to pray for me. I refused, yet God leads each of us in a distinctive and wonderful way to His truth. That night, I heard a voice in my dream repeatedly asking me, “What are you hesitant about? What more are you hesitant about?” It was a weird dream as it had no events and I couldn’t see who was questioning me. The next morning, I started to think, “Indeed, what am I still hesitant about?”

Who was it that led me all the way to the United States without knowing anything about the future? How was I able to go through beauty school classes and bus rides late at night while working during the day? How was I able to pass the four hour California Basic Educational Skills Test while running a high fever? It was God who was leading me and teaching me how to cast down my cares.

Everyone says God is good, but I needed to experience Him for myself in order to know and to believe. Now that I know that Jesus is good, I am willing to commit to Him the rest of my life. No one can hold me back!

Welcome to First Chinese Baptist Church, Los Angeles (FCBCLA)! We are a multi-generational, multi-lingual church in the heart of Chinatown. We are passionate about teaching the Bible, growing authentic disciples, and sharing the good news of Jesus Christ. This is a place where your entire family can come to worship, fellowship, and serve together whether you’re nine or ninety years old, speak Cantonese, Mandarin or English. … END_OF_DOCUMENT_TOKEN_TO_BE_REPLACED