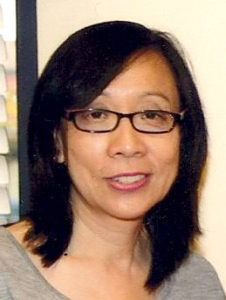 50 Things You Don’t Need to buy

Newspapers made this list. “Subscriptions can cost several hundred dollars a year for daily delivery. Once the norm, this service has been rendered obsolete in the digital age. Newspaper websites post much content for free, as do TV news outlets.” This was not “news” to me because I worked for 16 years in the marketing department at the Los Angeles Times. In fall 2008, I was laid off from my job as a production manager. With debt and falling revenue, mid-level managerial positions in departments were eliminated. A month later, the Tribune, the parent company filed for bankruptcy.  Hard to imagine this could happen to a business that had been around since 1881. In April 1990, Times circulation reached an all-time high of 1,225,189 daily and 1,514,096 Sunday, making it the largest daily metropolitan newspaper in the country. Far be it today. It was a rewarding job. I worked on some neat and challenging assignments. (See postcard book with timely title) I also survived multiple regime changes. I saw a lot of people (including 5 publishers) come and go through the years.

I was not motivated to look for a new job in the same field. Printers closed down and merged with their competitors. Suppliers struggled to keep the work and to find/retain new customers. No high demand for senior print managers/buyers today. Tight budgets, advanced technology and the internet reduced the need for print products. At 50 years old, I could not compete with youngsters to fill positions in a declining industry. Some of my friends suggested I retire.

During my time of unemployment, my husband Tom suffered a heart attack.
At 3 a.m., I drove at lightning speed to take Tom to the Kaiser emergency room. The doctor said it was heartburn. “He’s not a candidate for a heart attack.” Tom is 5’10” and weighs 140 lbs. He suffered a minor heart attack. At 10 a.m., he had a stent put in a skinny artery at the lower back of his heart.  I thanked God; I was not working, so I could be with Tom. After he recovered, Tom had an opportunity to share at Prayer meeting and Parents Day in the Preschool and Kindergarten department about the importance of MEN to take care of themselves and pay attention to signs of physical stress. God had to get Tom’s attention through this health ordeal. The following year, Tom retired from his job at Kaiser. He is now serving after school in the weekly Good News Club at Repetto Elementary School, sharing God’s message. He also presides at the monthly meetings for the HOMBRES (Hungry Old Men Having Breakfast).  After praying at the inaugural Tuesday breakfast, one brother was contacted for 3 job interviews the following Friday. After being unemployed for over a year, he got a job. Jeremiah 33:3

I was hired as an emergency temp at Cal State University, Northridge.
In 6 short months, the temp job led to a full time position in Cash Services. I made a career change. I was given an opportunity to start anew with limited expertise.  I struggled daily to master the skills.   I humbly prayed for God’s help to minimize errors in the smallest of tasks. God equipped me to do the work and to minister to the needs of my co-workers and my boss. The Holy Spirit firmly led me to encourage them, pray with them, and for them. It changed a negative work environment overnight. I was able to secure a job for a CSUN student who attends FCBC. I also got the chance to fellowship and drive a FCBC student home from school.  I acknowledged the need for change and embraced God’s control and presence. He had a plan beyond expectations. I did not have to put my previous career completely behind me. For the past 4 years, I have prepared graphics for the tuition mailers that are distributed to all students.  The more time you spend with God and read his Word, the more He reveals and equips you to take on life’s challenges. Seek God’s face today. Put life’s issues into His hand and you will experience His grace.

*Note: The links provided here are intended to assist you in further understanding Nina’s story. It should be noted that First Chinese Baptist Church, Los Angeles (FCBCLA) does not necessarily agree or endorse any particular site and the entirety of its content. Some sites may provide information that has opposing views or beliefs that may be contrary to Christianity and the doctrines held by FCBCLA.  Should you have any questions regarding any one of these sites, please contact us info@fcbc.org

Welcome to First Chinese Baptist Church, Los Angeles (FCBCLA)! We are a multi-generational, multi-lingual church in the heart of Chinatown. We are passionate about teaching the Bible, growing authentic disciples, and sharing the good news of Jesus Christ. This is a place where your entire family can come to worship, fellowship, and serve together whether you’re nine or ninety years old, speak Cantonese, Mandarin or English. … END_OF_DOCUMENT_TOKEN_TO_BE_REPLACED